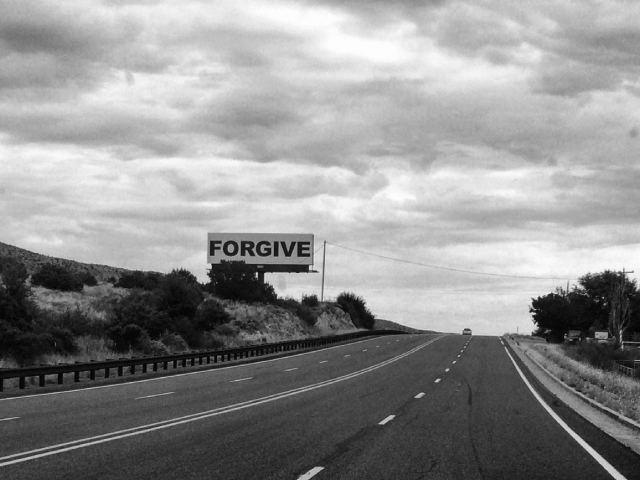 Let me start with a phrase that is all too familiar when it comes to forgiveness – Forgive and forget. Truly speaking, forgetting something, especially something that hurt us is difficult. If we could forget, we do not need forgiveness, and if forgiving automatically let to forgetting, maybe some of us would not forgive for the fear of losing reasons to get even.

But, before we wax eloquent on forgiveness, let us speak of the latter part of the phrase – unforgivable. The word presupposes that there are things that are forgivable and others that are unforgivable. While the word ‘unforgivable’ might be used to indicate something that seems too big, difficult or deep to let go off, we do not have a list of unforgivable things. The idea of something being unforgivable depends, like most other things in life, on the individual’s personality, outlook, values, needs, self-esteem, relationship with the offender and a myriad other factors. That in itself should let us know that there is no fixed nature, value or definition of an offence that can be considered unforgivable. In any given situation, each of us make a decision if the wrong that has been done to us is forgivable or not. And thus, by definition, anything is forgivable if one decides so.  But, unfortunately, we do not live out our lives by pure logic. We are emotional beings, and instances of negative emotions, especially those arising from betrayal, insult, and hurt are seared deeper into our minds. The release from which we assume is in making the other person pay for or at least suffer as much as we did. Unfortunately, the suffering of another does not alleviate our own pain and hurt. And, as seen from multitudinous examples in history, it can and usually results in a long cycle of each party trying to inflict pain on the other long after the reason ceased to exist generations ago.

Choice – a wonderful gift that God has given humans. In the context of forgiveness, it is easy if the offender is someone we love, if we are in a good mood, or if the damage to us is minimal. But if it is not so, then our most probable response is – I cannot forgive. What we really mean is – I will not forgive; because it is a choice we are making to let go of something or not.

How is it possible to forgive what is deemed unforgivable? Especially, if we have been at the receiving end for something that is someone else’s mistake. Yes, the Lord Jesus Christ has set the bar for forgiveness so high, that it seems possible only for the supernatural to even dream of emulating Him. But then again, what really lies in the path of our journey to forgiveness is our own ego, sense of entitlement to justice and revenge.

The Father has, in letting Jesus go up on the cross as a sacrifice, proclaimed for all time to come that anything is forgivable. Mark 11:25 extols us to forgive others so that the Father in heaven may forgive us. Proverbs 17:9 states that love prospers when a fault is forgiven and dwelling on it only separates friends. Do not wait for tomorrow, make up with your brother now (Matthew 5:24).