Here’s a question for you? How do we measure success?

A story is told of this businessman at the dock of a small coastal Mexican village when a small boat with just one fisherman docked. Inside the small boat were several large yellow fin tuna. The businessman complimented the Mexican on the quality of his fish and asked how long it took to catch them. The Mexican replied only a little while.

The businessman then asked why he didn't stay out longer and catch more fish? The Mexican said he had enough to support his family's immediate needs. The businessman then asked, but what do you do with the rest of your time? The Mexican fisherman said, "I sleep late, fish a little, play with my children, take a siesta with my wife, Maria, stroll into the village each evening where I sip wine and play guitar with my amigos; I have a full and busy life,."

The businessman scoffed and said "I am a Harvard MBA and I could help you. You should spend more time fishing and with the proceeds buy a bigger boat. With the proceeds from the bigger boat you could buy several boats; eventually you would have a fleet of fishing boats. Instead of selling your catch to a middleman, you would sell directly to the processor and eventually open your own cannery. You would control the product, processing and distribution. You would need to leave this small coastal fishing village and move to Mexico City, then LA and eventually New York City where you would run your expanding enterprise."

The Mexican fisherman asked, "But how long will this all take?" To which the businessman replied, "15-20 years." "But what then,?" The businessman laughed and said, "That's the best part! When the time is right you would announce an IPO and sell your company stock to the public and become very rich. You would make millions." "Millions, señor? Then what?" The businessman said, "Then you would retire. Move
to a small coastal fishing village where you would sleep late, fish a little, play with your kids, take a siesta with your wife, stroll to the village in the evenings where you could sip wine and play your guitar with your amigos."The fisherman, still smiling, looked up and said, "Isn't that what I'm doing right now?"

We live in a world in which being successful is everything. Success is measured by power, popularity, control, achievement, and winning. Having more and being more is success. The businessman measured success by the accumulation of wealth and by living a luxurious life. He held a Harvard MBA, millions of dollars, and status as a powerful businessman. "The person with the most toys wins" is a fitting motto.

The businessman encouraged the fisherman to accumulate "toys," too. "Buy a bigger boat," then "buy several boats," and eventually buy a "fleet of fishing boats." The businessman claimed all this would lead to power and status when "you would sell directly to the processor and eventually open your own cannery." As his own boss, the businessman ventured the Mexican would amass "control" and more wealth through an "expanding enterprise."

Patiently the fisherman listened and then asked an intelligent question, "how long will this all take?" To which the businessman replied, "15-20 years." There’s danger in waiting to live the life that you really want to live. Like the businessman, we can easily spend forty years climbing to the top of the financial ladder only to find it is leaning against the wrong wall. We didn’t address life issues about faith, contribution, success, suffering, or love.

Possessions and wealth are not enough. While comforting, wealth cannot fulfill. Benjamin Franklin was of the opinion, "Money never made a man happy yet, nor will it. The more a man has, the more he wants. Instead of filling a vacuum, it makes one." Wealth may momentarily help us to escape emptiness; it cannot cure it.The Mexican fisherman lived in a small village, fished in a small boat, and led a simple life. His little way made, for him, a happy life. The Mexican found success in a simple life well lived. The quality of his relationships, the depth of his character, and the sincerity of his commitments to family measured his success.

The fisherman had a specific view of a life well lived. "I sleep late, fish a little, play with my children, take a siesta with my wife, Maria, stroll into the village each evening where I sip wine and play guitar with my amigos." To be as specific as possible helps to succeed in living a good life. His little way made, for the Mexican fisherman, a "full and busy life."

We should aspire to be successful in our careers. We run into trouble when the only thing we are living for is success that is self-serving. In conclusion, I think the question we need to ask our self regularly is “what we are living for?” Let’s reinforce the value of life and reaffirm pursuit of happiness!

"To laugh often and much; to win the respect of
intelligent people and affection of children; to learn the
appreciation of honest critics and endure the betrayal of
false friends; to appreciate beauty; to find the best in
others; to leave the world a little bit better, whether by
a healthy child, a garden patch, or a redeemed social
condition; to know even one life has breathed easier
because you have lived. This is to have succeeded." 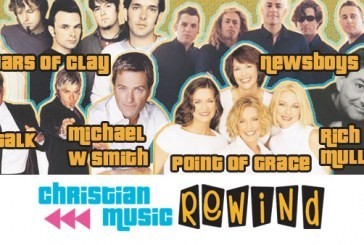 For I am convinced that neither death nor life, neither angels nor demons, neither the present nor the future, nor any powers, neither height nor depth, nor anything else in all creation, will be able to separate us from the love of God that is in Christ Jesus our Lord. — Romans 8:38-39 (NIV)