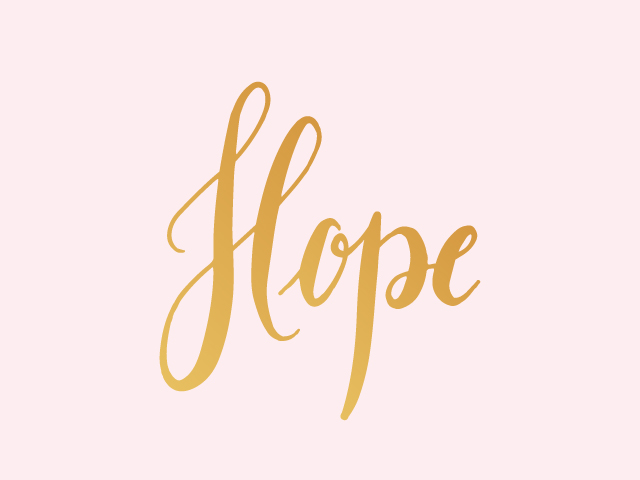 We Still Have Hope. He is Our Hope

We are being suffocated by the weight and pressure of a pandemic for three years and still, it seems far from over. Many of us have lost dear ones in our family, friends circle, workplace, neighbourhood etc. The duration of the pandemic made sure it hits everyone personally and the scars of this period will remain with us always.

If the reality is this much harsh and terrible then what is the point of hope, faith and prayer? Does that help anymore? How can we hope when uncertainty is the only certain feeling around us? What do we know of hope in an era of a pandemic, communal chaos, political upheavals and unprecedented natural disasters?

God is aware of our troubled times and that’s why there is still hope. And there are millions of people who shoot questions like why God should allow bad things and stuff like that. I always believe God’s plan to be a balance of free will and destiny. The forbidden fruit chosen by Eve and Adam was their free will and the redemption designed through the birth of Jesus Christ is destiny and again whether you want the redemption or not by accepting Christ as your saviour comes down to free will.

Our universe is programmed with binaries and we cannot understand the goodness of God without comprehending the evil of Satan. We have the night to rest and the day to work. We value health because we are not sick. If we never have sickness at all then the concept of health is nullified. We emphasize love because we are aware of the toxicity of hate. We help the poor out of compassion. Morality will mean nothing in a utopian or passive virtue state where our characteristics are stagnant due to the lack of any event. The same can be applied to every issue. So conflicts, troubles and tribulations are part of God’s purpose but there is hope when we can see beyond the surface.

Some people assume that if they pray regularly and frequently attend the church they should be provided with health, wealth and every blessing from God. But that’s not how it works. God tests our faith and lifts us when we are down. Jesus Christ never promises a life without obstacles. He only promises that he will be with you through it all and one day will take you to his heavenly home if you believe in him.

Lazarus used to be Christ’s good friend and I guess he’s the only person referred to as Christ’s friend in Bible even before Christ calls his disciples as his friends. So this Lazarus falls sick and though Jesus is aware of the news he delays his visit. And then the death news of Lazarus reaches Jesus. When Jesus arrives at Lazarus house no one was expecting a miracle nor there was hope. But Jesus knew what he was going to do and that’s why he said,

When Jesus heard that, He said, “This sickness is not unto death, but for the glory of God, that the Son of God may be glorified through it” John 11:4

even before Lazarus died. He could have arrived early and healed Lazarus before he died but then the power and glory of God would not have been manifested through Lazurus. Now we still have this part in the Bible and it reminds us that sometimes hope brings miracles whereas at different times miracles bring hope which is tremendously impactful like the resurrection of Lazarus.

Then there are certain Christians who even today accuse or stigmatize people when they are sick or go through a difficult situation that it is because of their sin. It’s a very cruel thing to say or even think that and Christ has dismissed this notion time and again. When Jesus comes across a blind man, the super righteous Rabbis ask him why that man has to be born blind and whether it is because of his father’s sin or his sin. And this is what Jesus Christ says about this.

Neither this man nor his parents sinned, but the works of God should be revealed in him. John 9:3

Here the concerned blind man has no idea that he is about to receive healing and going to be a witness for Christ. Still, he obeys Jesus when he sends him to Siloam to wash his eyes and receive eyesight. Whether he had hoped or not before we do not know but when Christ enters the scene he does as he says and receives a great blessing. Sometimes we may not feel like believing or praying but God does not send us without preparing a way first.

And then there was a woman who suffered because of her perpetual menstruation for twelve years. Imagine the plight she might have gone through but this woman believes that Christ is her cure. She didn’t doubt or she didn’t just want to attempt it too. She believed that she will be cured if she manages to touch the hem of Christ’s clothing and she was healed. Jesus recognises unadulterated faith and rewards them. When the woman was frightened about being caught, Jesus reassures her that she has nothing to fear anymore.

And He said to her, “Daughter, be of good cheer; Your faith has made you well. Go in peace. Luke 8:48

We saw three different situations and people above. Martha and Mary had hope till Lazarus died. They had only regrets after his death and Christ came and turned their tears into happiness. The blind man had nothing to hope for before, yet he recognises his moment of miracle and complies immediately when Christ sent him to Siloam. He was in a hopeless condition but he was ready to have hope. And finally, the woman with the issue of the blood showed faith. There’s a thin line between faith and hope. Hope can even be positive thinking and optimistic expectations and it is about mostly rational and possible probabilities. But, faith on the other hand is when we keep believing strongly when every rational idea is at odds against it. The woman knew she has a problem. Unlike the blind man who had learnt to live with his challenges, this woman is targeted and stigmatized. Her suffering is physical, emotional and cultural. Yet she didn’t struggle to have faith. She believed so much that it happened. Christ didn’t call her before the miracle.

When God said we will be able to move mountains with a mustard size faith he was not talking about so little faith. He was talking about generating at least a mustard size of genuine faith. Hope is the hallway we should walk through on earth and open the doors of heaven with the key of faith and reach our ultimate destination which is the presence of our Lord and saviour Jesus Christ. God can fill a virgin’s womb without human intervention and can empty a tomb with divine intervention and that’s the God we believe in my dear friends. He still does miracles, maybe not in the obvious spectacular dramatic way you would imagine but he will make sure your testimony is glorious. Trust in God and the rest will fall in place. Keep believing and fight the good fight.